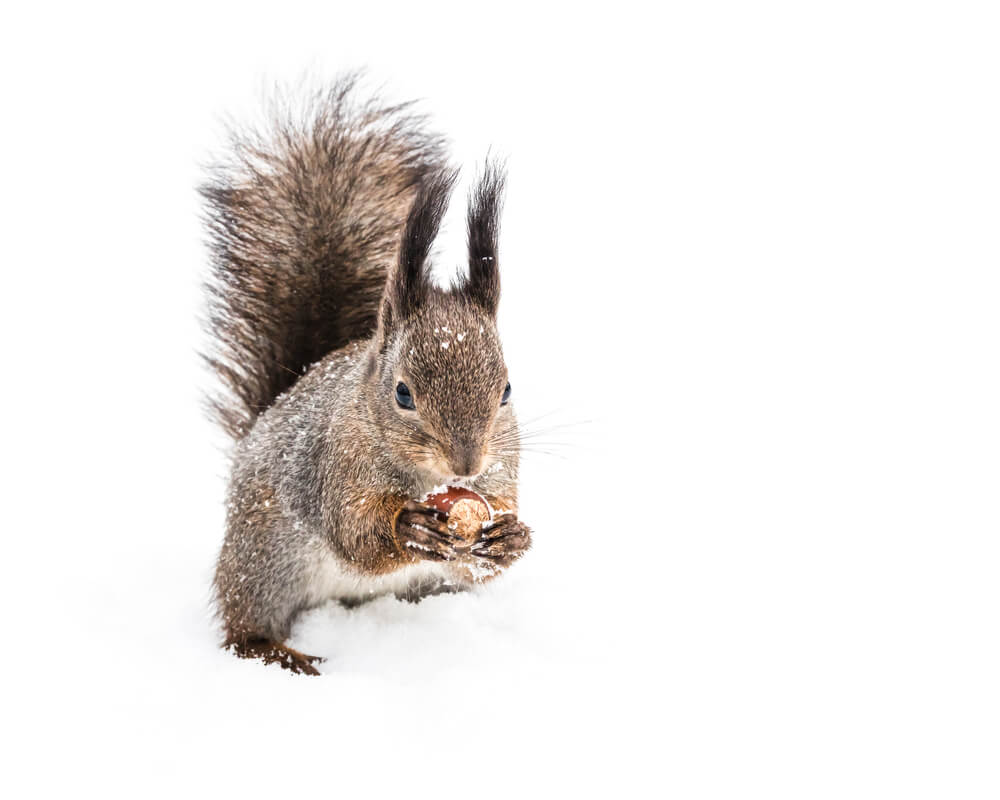 While these furry little creatures often pose no immediate threat to our health and wellbeing, Grey Squirrels can quickly become a common household nuisance. These animals, like other rodents, regularly gnaw and chew on anything that they can find to keep their teeth in check, which can lead to significant structural and aesthetic damage of our properties. We provide effective grey squirrel removal services across Glasgow for many domestic and commercial properties. Our highly trained pest controllers have years of experience in catching and eradicating the squirrels and their nests while installing the newest and most effective methods of prevention. 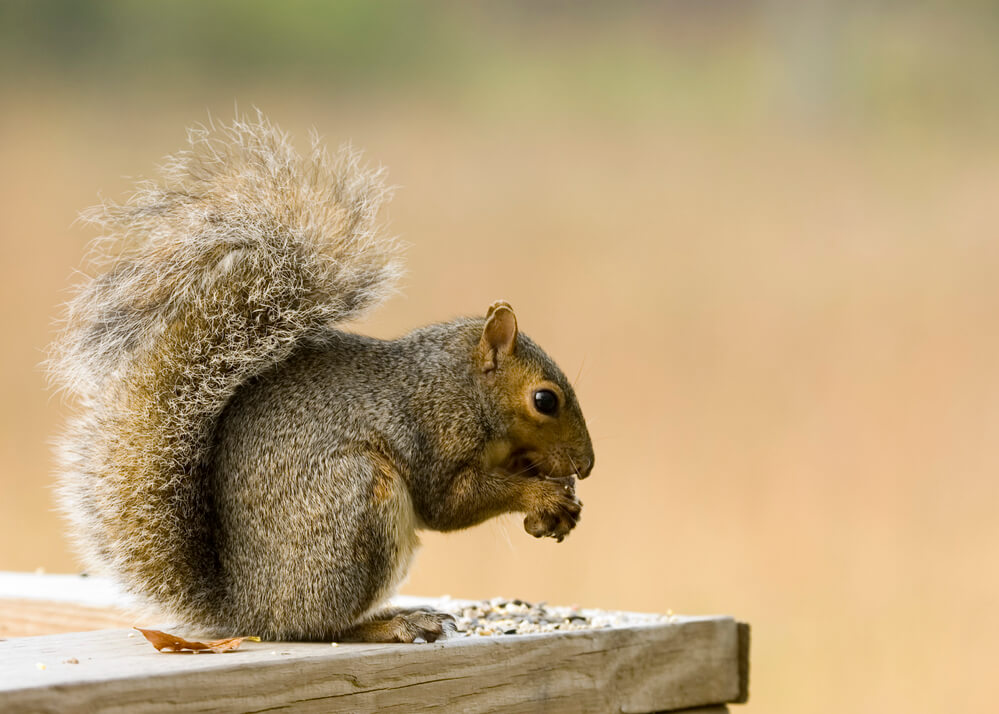 How are Grey Squirrels a problem?

Squirrels, like other rodents, are becoming an increasingly popular household invader. These creatures may look friendly. However, reports state that the number of grey squirrel attacks on humans is on the rise. This happens when the animals feel threatened, or in danger of losing their habitat. Other problems that homeowners face when it comes to grey squirrels are the animals choosing to construct their nests both in and around a property. Usually, grey squirrels will decide to build their nests within roofs, attic eaves and underneath solar panels. Building their nests in areas like this often leads to significant and rather costly damage to your property. As the squirrels gnaw away at your attic or walls, the overall structure of the property is at risk.

Not only are grey squirrels a threat to our properties, but it has also been reported that these animals carry harmful bacteria and contribute to the spreading of disease. Like other rodents, grey squirrels have been known to carry the Borrelia bacteria which lives on the ticks in the squirrel’s fur. If a person is attacked or bitten by the infected ticks, they will likely contract Lyme Disease. Lyme disease is a form of arthritis, transmitted by the ticks and could leave humans with long-term health issues. Farmers, hikers and others who spend large amounts of time in rural areas or the countryside face a higher risk of contracting Lyme Disease or being attacked by one of the contaminated parasites. Signs and symptoms of the disease vary from person to person; however, the most commonly reported side effects are high temperature, fever and chill much like that of the common cold or flu. In almost 80% of cases where a person is infected with Lyme Disease, a rash will appear along with the initial symptoms. If detected early, the disease can be treated with antibiotics and medical attention.

How do I know if I have a Squirrel Infestation?

Infestations of this nature are relatively easy to detect. Of course, you should look out for signs of the squirrel’s activity, but you will most likely hear the animals scratching and gnawing beneath floorboards or ceilings. When compared to other rodents, squirrels are somewhat clean animals in terms of mess and filth. However, they are messy eaters and tend to scatter their food throughout your home, storing left-overs in any small cracks or joins. You might find traces of food along with chew marks around the property, particularly in attic spaces, floors and around wooden furniture. Squirrels often leave their nests to source food, so you will likely see the animal going and entering your property through any small cavity. Be sure to check for any slipped roof tiles or broken windows which the squirrels might use to gain entry.

What should I do if I find a Squirrel or Nest in my property?

If you feel that you might be a victim of a Grey Squirrel invasion, we highly advise that you contact a member of our team immediately. Our trained experts have many years of experience and have successfully eradicated hundreds of grey squirrel invasions across Glasgow. One of our technicians will visit your property to assess the situation and construct the best possible treatment plan to eliminate all traces of the rodents.

We never advise attempting to remove a squirrel or its nest from your home yourself, as you put yourself in immediate danger of being attacked. It is also essential before carrying out any action that you have identified the species of squirrel that is inhabiting your property, as many species are protected under the Animal Welfare Act. In the UK, it is currently a criminal offence to inhumanely kill, harm or injure a squirrel, which is why seeking professional assistance is crucial. The safest and fastest way to eliminate a grey squirrel infestation is through the help of a qualified, licenced pest controller. We are always on hand to answer any of your questions or concerns and work effectively to resolve your pest issue.

How to stop Grey Squirrels Returning? 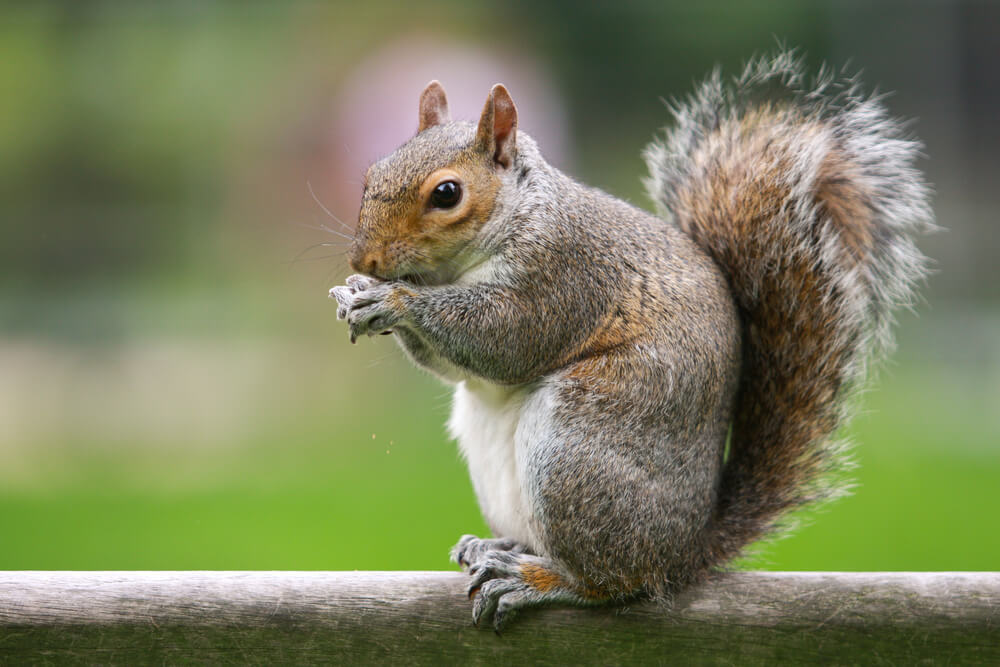 Following a successful eradication treatment, there are many preventative actions that you can take to reduce the chances of a future invasion. After our technicians are satisfied that your home is free of these animals, they will advise you on the best possible steps you can implement going forward. If you have trees around your property, you might wish to trim back the limbs within 2-3 meters of the roof or structure of your building. This will reduce the likelihood of grey squirrels from using the branches to climb into your home. Regularly check the exterior of your property for cracks and cavities which the animals could use to gain access. We also recommend one of our specialist squirrel proofing systems to prevent future attacks.